Anthony Martial enjoyed a trip to Disneyland Paris with his wife Samantha this week... 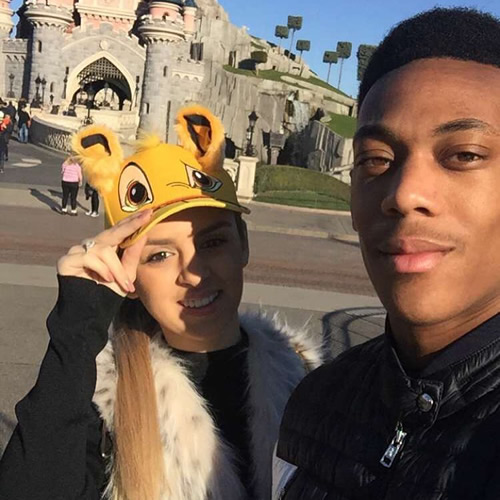 Anthony Martial looks to be keeping himself in good spirits despite Manchester United’s stuttering form, as he enjoyed a midweek trip to Disneyland Paris with his wife Samantha.

The French striker was unable to prevent the Red Devils from slipping to a disappointing 1-0 Premier League loss to Southampton at Old Trafford on Saturday afternoon.

The defeat means that Louis van Gaal’s men have now only won two of their last 10 top-flight games to leave them five points adrift of the top four.

However, the 20-year-old looked to be keeping his mind off United’s poor form as he enjoyed a trip to the French capital with Samantha.

Martial will be expecting to feature when United travel to Derby County in the fourth round of the FA Cup on Friday night.

The games come thick and fast for Van Gaal’s side with the Red Devils hosting Stoke in the Premier League on Tuesday 2 February.