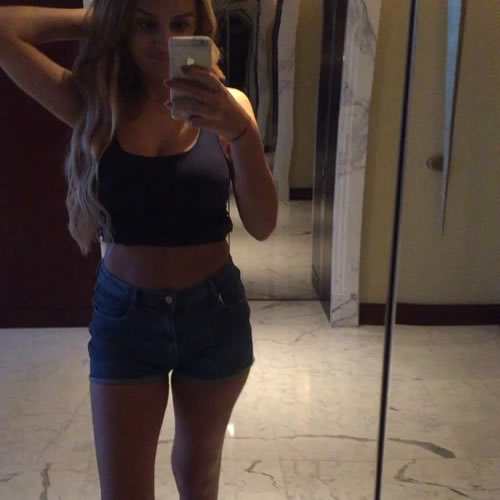 Anthony Martial’s wife Samantha was all smiles as she jetted off to Madrid this midweek as her husband prepares for Manchester United’s trip to Derby County in the FA Cup on Friday night.

Martial’s emergence has been one of the few positives from an otherwise disappointing campaign for United, with Louis van Gaal’s men having slumped to their sixth league defeat of the season at home to Southampton on Saturday.

The French striker has been a regular fixture in the United first-team this season since completing his big-money transfer to Old Trafford from Monaco during the summer transfer window.

And Samantha Martial looks to be settling in well to life in England following the family’s move to the UK back in September.

Samantha shared the photo above of herself in front of an aeroplane with the couple’s young daughter on her personal Instagram account on Tuesday afternoon and wrote: “Yesterday, Madrid.”

The 20-year-old France striker has scored eight goals in all competitions for United so far this season.