It appears that Arsenal really are selfie-obsessed... 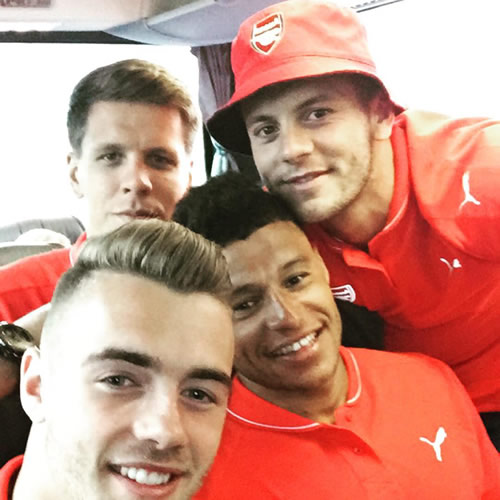 Are Arsenal the kings of selfies? Photo: Jack Wilshere / Instagram

Roy Keane’s pre-season blast at Arsenal’s selfie-obsessed players was completely justified, according to a new study.

In August, the fiery Irishman branded Arsene Wenger’s men “more interested in selfies and six-packs” and, after tallying up images submitted to photo-sharing social network Instagram, bettingexpert.com have discovered that he is not at all wide of the mark.

Arsenal are league leaders when it comes to the number of selfies taken by senior squad players. The Gunners are responsible for 494 posts, a full 58 snaps ahead of fellow Londoners Chelsea (436) and more than 100 ahead of Manchester giants United (376) and City (367).

Man City’s Fernandinho is the Premier League’s main selfie culprit, having posted 170 mugshots to his 596,000 Insta followers and, surprise surprise, it’s an Arsenal player, Joel Campbell, in second with 145.

Arsenal welcome Chelsea to the Emirates Stadium on Sunday and, after failing to take all three points against Stoke last weekend, full focus will have to be on football and not photography.

Roger Federer and Novak Djokovic through to Australian Open quarters