Bastian Schweinsteiger reached a landmark on Instagram over the weekend 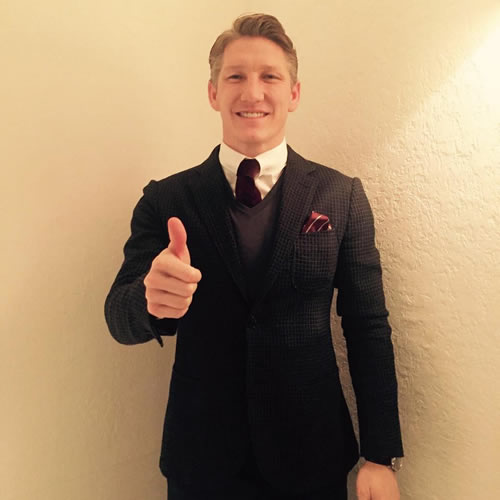 Bastian Schweinsteiger has thanked his fans for their support after he surpassed four million followers on Instagram over the weekend.

The Manchester United midfielder has been struggling with a knee injury in recent weeks and missed the Red Devils’ 3-1 FA Cup win over Derby County on Friday night due to the problem.

However, the German World Cup winner seems to be in good spirits nonetheless, as he celebrated reaching four million followers with a special post on Instagram on Sunday morning.

Schweinsteiger shared the picture above of himself and wrote: “Hard to believe we reached four Million here on Instagram already. You guys are the best!”

Schweinsteiger, who joined the club from Bayern Munich in the summer, will be hoping to feature in United’s next game, which is a home Premier League clash with Stoke on Tuesday night.

The Red Devils are currently five points adrift of the top four heading into the last 15 matches of the campaign after winning just two of their last 10 Premier League games.