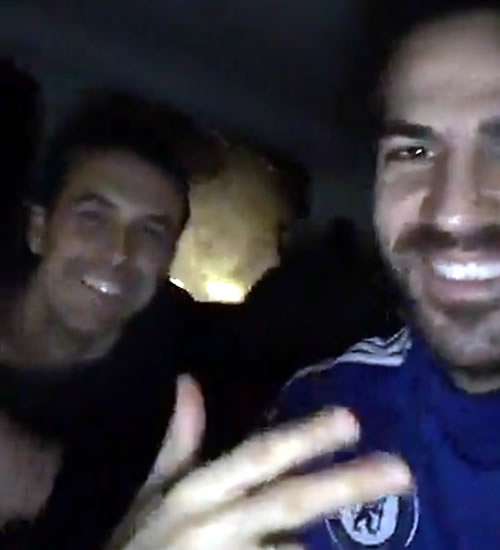 Cesc Fabregas certainly looked to be in a buoyant mood after helping Chelsea kick off 2016 with a 3-0 victory at Crystal Palace on Sunday.

The west London side headed into the game at Selhurst Park looking to return to winning ways after being held to a goalless draw by Manchester United last week.

Fabregas was restored to the starting line-up against the Eagles and found Diego Costa, whose pass fed Oscar for Chelsea’s opener in the first half. 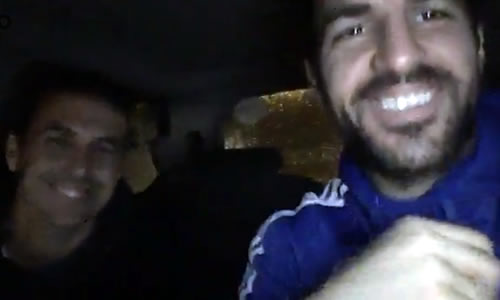 Willian then added a second, before Costa added one of his own to wrap up Chelsea’s biggest Premier League away win since January 2015.

The result lifted Guus Hiddink’s men up to 14th place in the Premier League table and 13 points behind fourth-placed Tottenham Hotspur, who were held to a 1-1 draw at Everton later on Sunday. 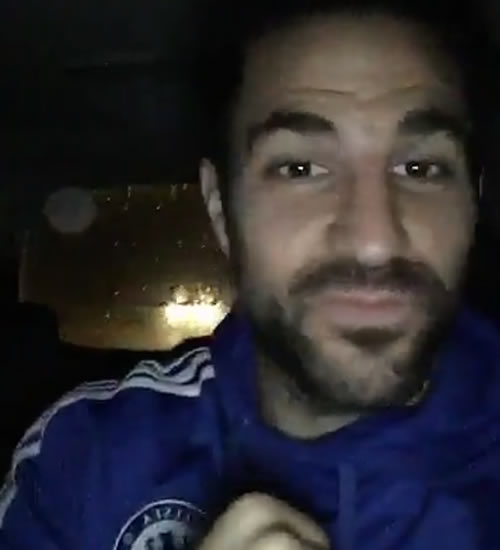 And Fabregas looked to be enjoying himself as he and summer signing Pedro Rodriguez danced along to some music in a car together on Sunday evening.

Fabregas, 28, posted the video shown in the pictures above on his personal Snapchat account after playing the full 90 minutes at Selhurst Park.