Cesc Fabregas will be hoping to feature when Chelsea take on Crystal Palace on Sunday... 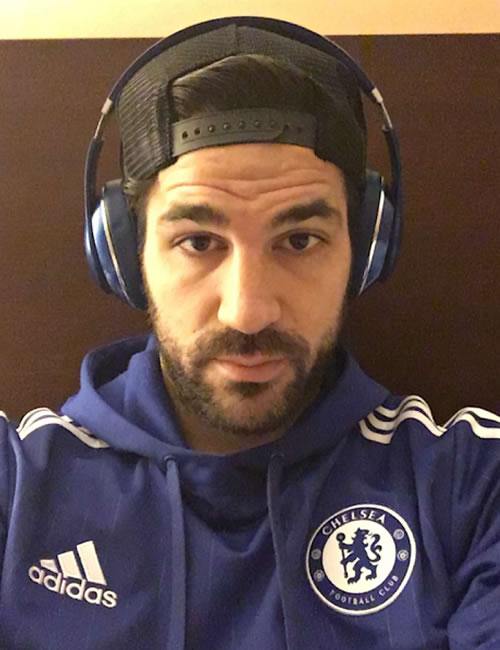 Cesc Fabregas looked ready for action as he and his Chelsea team-mates prepared for their Premier League clash at Crystal Palace on Sunday.

The Blues travel to Selhurst Park looking to kick off 2016 with a victory and put their miserable end to 2015 behind them.

Fabregas, 28, has not featured for Chelsea since the 2-2 draw with Watford on Boxing Day but is in line to make his return to the team against Palace after a spell on the sidelines with a temperature.

And the former Arsenal captain looked upbeat as he posted the selfie above on his personal Snapchat account on Sunday morning.

Fabregas, like many of his Chelsea team-mates, has struggled to produce consistent performances for the Blues this season.

The Spaniard has not scored in the Premier League and has only notched up two assists in 18 top-flight outings for the west London side.

Chelsea head into Sunday’s game in 16th place in the Premier League table.

Andy Cole: Why I like Man United striker Anthony Martial