John Terry is proud of his FA Cup record with Chelsea... 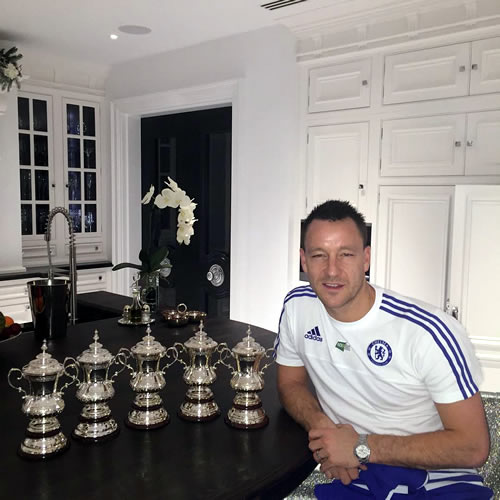 John Terry has taken to social media to remind his followers that he has won the FA Cup five times with Chelsea as they prepare for their third-round clash with Scunthorpe United at Stamford Bridge.

And it appears that the Chelsea captain is very proud of his FA Cup record with Chelsea, if his latest post on Instagram is anything to go by.

Terry shared the photo above on his personal Instagram account on Saturday evening and wrote: “F.A Cup. On my way to the hotel for tomorrow’s game @chelseafc”

Guus Hiddink has been tasked with turning Chelsea’s disastrous start to the season around in the wake of Jose Mourinho’s sacking last month.

The Dutchman watched his side kick off 2016 with a victory, as Chelsea produced a much-improved performance to beat Crystal Palace 3-0 last weekend.

Liverpool set to bid for £22.5m for Anderlecht star – report