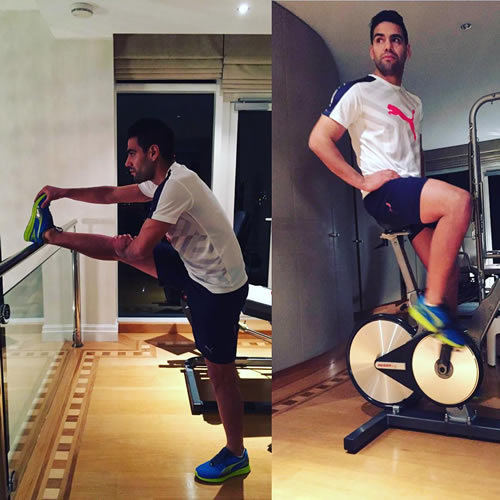 Radamel Falcao insists that his poor form at Chelsea is down to lack of playing time – and not his injuries.

The 29-year-old Colombia striker has been sidelined since late October with an undisclosed injury after he joined the Blues on loan from Monaco in the summer.

Falcao endured a disappointing loan spell at Manchester United last season as he failed to produce consistent performances for the Red Devils.

However, the forward insists that his struggles are more down to a lack of regular first-team football than his apparent injury woes.

Speaking to Colombian magazine Semana, Falcao said: I have recovered from my knee injury. The problem is since then I have not had the chance to play a whole season to get back my confidence and become competitive again.

“If I had had that regular football, you would not be saying this right now.

“I try not to destabilise myself. People talk a lot, but they also say some positive things and I try to welcome those messages because they encourage me and it what I am looking for.”

Falcao, who is expected to head back to Monaco at the end of the current campaign, has scored one goal in nine Premier League games for Chelsea so far this season.

Chelsea returned to winning ways in the Premier League on Sunday as they claimed an impressive win over Arsenal at Emirates Stadium thanks to Diego Costa’s first-half goal in north London.