How much would Manchester United fans want to see this duo come back to Old Trafford? 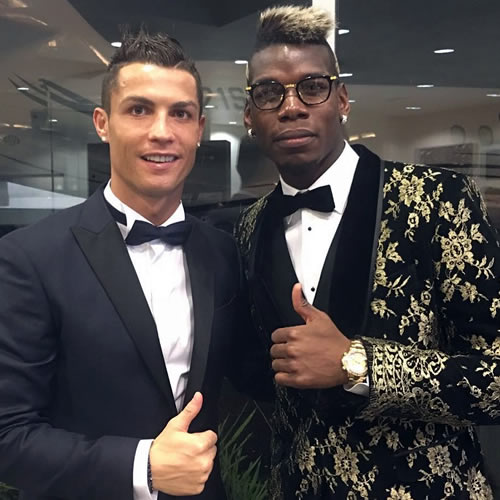 Manchester United fans were left dreaming about a blockbuster transfer deal on Monday night after former Red Devils Cristiano Ronaldo and Paul Pogba posed for a picture together.

The pair – who have both been linked with returns to Old Trafford in the seasons following their Old Trafford exits – were in Zurich, Switzerland, for Monday night’s Ballon d’Or gala.

Both Pogba and Ronaldo, who finished as runner up to five-time winner Lionel Messi, looked to be in good spirits after the glitzy ceremony.

Pogba posted the picture above onto his personal Instagram account and wrote: “@cristiano you will always be a football legend!”

Ronaldo has been touted as a possible transfer target for Manchester United should he opt to leave Real Madrid. The 30-year-old has been linked with a move to both Old Trafford and Paris Saint-Germain in recent months.

Pogba, meanwhile, has also been touted as a possible transfer target for United following his exit from the club in 2012.