Cristiano Ronaldo is in decent shape... 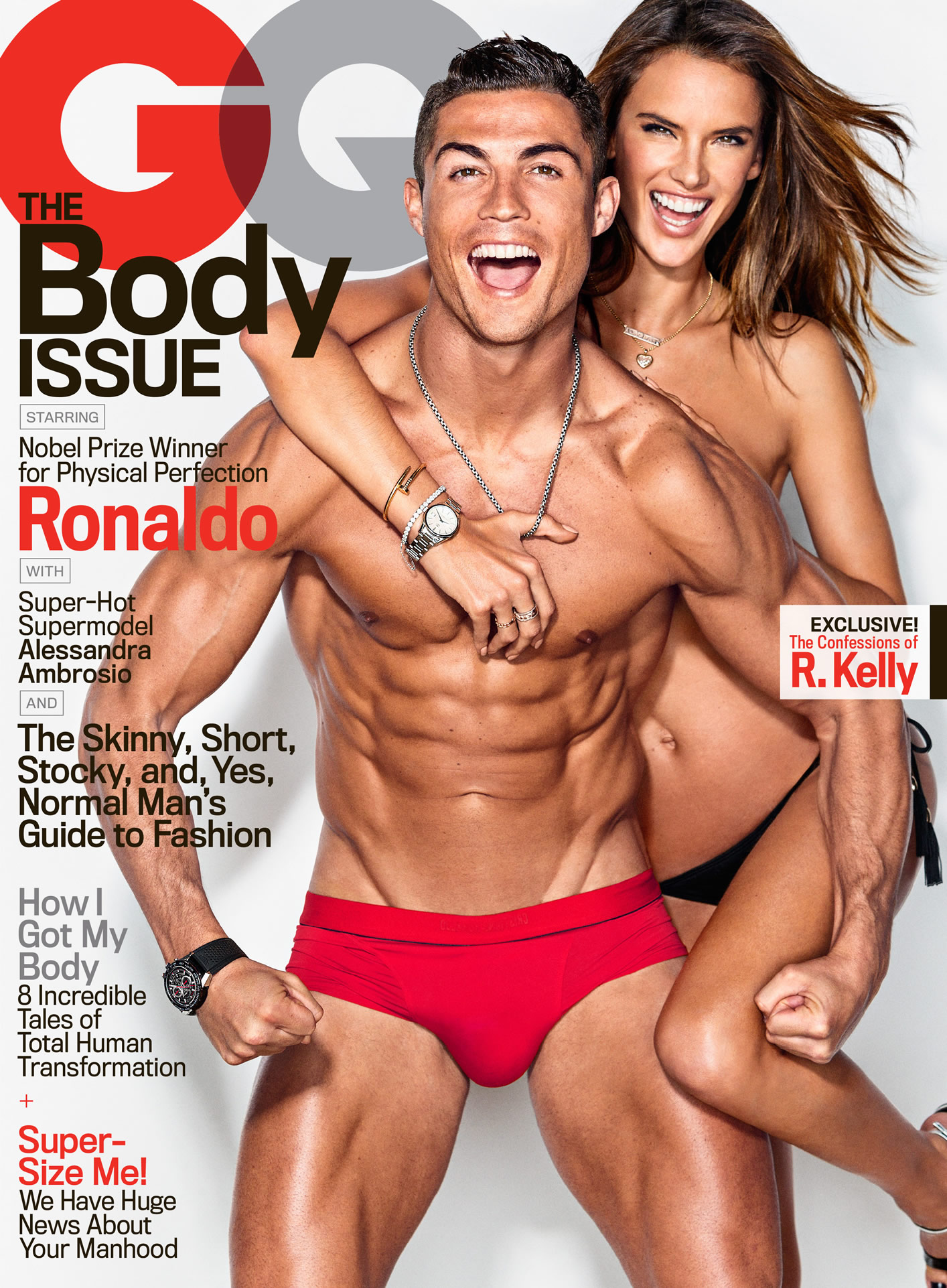 Cristiano Ronaldo and Alessandra Ambrosio are the stars of GQ magazine’s Body Issue.

The Real Madrid star shows off his toned physique on the cover of the magazine, inside which the former Manchester United man gives an exclusive interview.

Ronaldo, 30, watched Lionel Messi collect his fifth Ballon d’Or award ahead of the Portugal international on Monday in Zurich. Ronaldo had won the prestigious prize in 2014 and 2013.

After winning the award for successive years, Ronaldo endured a disappointing 2015 at club level as he failed to win a major trophy, despite scoring a remarkable 57 goals in all competitions.

However, he didn’t look like he needed any cheering up on the front cover of GQ magazine as he posed for a series of photos with Brazilian Victoria’s Secret model Ambrosio.

Inside the issue, Ronaldo sits down with GQ’s Dan Riley for a rare unguarded interview that includes a conversation about playing stateside in the future.

“Maybe in the future will be a good chance for me to play there [in America],” said Ronaldo.

“You never know, but it’s something interesting. I consider it, of course, because as I’ve said, soccer there has become better and better… I think that this is maybe going to be possible.”