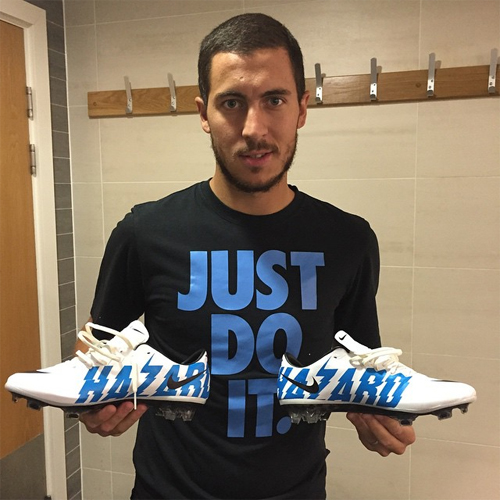 Eden Hazard could make his return from injury in time for Chelsea’s clash with Arsenal at the end of the month, according to reports.

The Belgian playmaker had to be substituted early on during Chelsea’s 3-0 win at Crystal Palace at the weekend after suffering a groin problem in the first half at Selhurst Park.

Chelsea are yet to officially confirm the extent of Hazard’s injury – but ESPN FC reports that the PFA player of the year could be in line to make his return to action in time for the Blues’ trip to Emirates Stadium on Sunday 24 January.

Hazard, like many of his Chelsea team-mates, has struggled to produce consistent performances for the Blues this season after a stuttering start to the campaign.

The Belgium international is yet to score in the top flight after being a key player in Chelsea’s Premier League and League Cup double triumph under Jose Mourinho last season.

Speculation in the British media this week has linked Hazard with a big-money transfer to join Real Madrid in the summer.