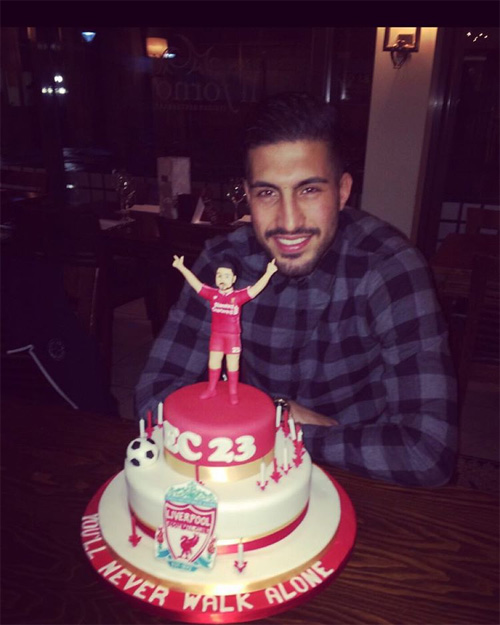 Emre Can may have received an impressive cake to celebrate his 22nd birthday but presumably the midfielder is saving most of it for after Liverpool’s clash with Arsenal on Wednesday night.

The Reds midfielder has enjoyed a promising season for the Merseyside outfit, becoming a key part of the first-team since his compatriot Jurgen Klopp took over the reins from Brendan Rodgers.

Can is expected to line up for the Merseyside outfit against Premier League leaders Arsenal at Anfield tonight as Liverpool look to return to winning ways.

But the Reds youngster enjoyed a small 22nd birthday celebration with some close friends ahead of Wednesday night’s Premier League fixture.

Can wrote on his Instagram page: “Thanks everyone for the birthday wishes! And a special thank to my bro @cnyt12 for the cake

The Germany international has made 19 Premier League appearances for the Reds so far this season.

Can has scored his only goal of the season so far in the Europa League, whilst he has made one assist in the League Cup for Daniel Sturridge.