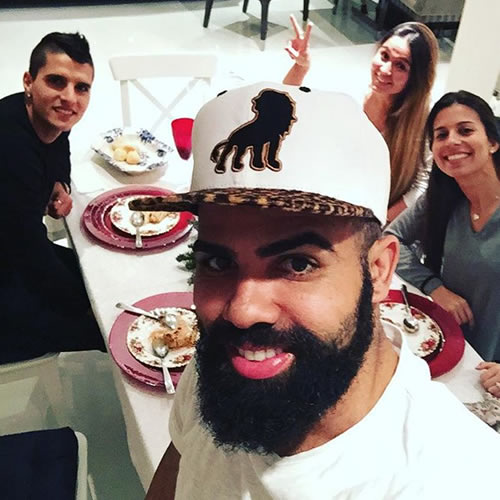 Erik Lamela looked to be in good spirits as he enjoyed some dinner with a former Tottenham team-mate on Wednesday night.

The Argentina international has been a regular fixture in the Spurs first team this season and helped the north London side come from a goal down to earn a 1-1 draw with Everton in the Premier League last weekend.

Lamela, 23, has enjoyed a positive start to the new campaign, scoring three goals and making three assists in 18 Premier League appearances for the Lilywhites. He has also scored five times in five Europa League games this term.

And the former Roma playmaker looked happy to catch up with his form Spurs team-mate Sandro, who now plays for Queens Park Rangers after leaving White Hart Lane back in September 2014.

Lamela posted the picture above of the duo enjoying a meal together on his personal Instagram account and wrote: “Nice dinner last night with my mate @sandroraniere.”

Lamela will be hoping to feature when Spurs host Leicester in the FA Cup on Sunday.