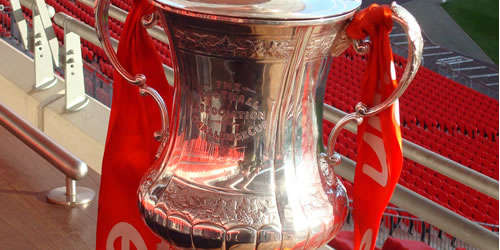 Holders Arsenal will take on Hull City at home in the fifth round of the FA Cup after the draw was made on Sunday afternoon.

Tottenham have been handed a home clash against Premier League side Crystal Palace. Liverpool or West Ham will travel to Blackburn Rovers.

Arsenal booked their place in the fifth round thanks to a 2-1 win over Burnley at Emirates Stadium on Saturday.

Manchester United, meanwhile, secured their progress with a 3-1 victory at Derby County on Friday night.

Chelsea earned their spot in the fifth round thanks to a thumping 5-1 win at MK Dons on Sunday afternoon as Guus Hiddink’s men continue to show signs of improvement.

Arsenal have won the competition for the last two seasons running.