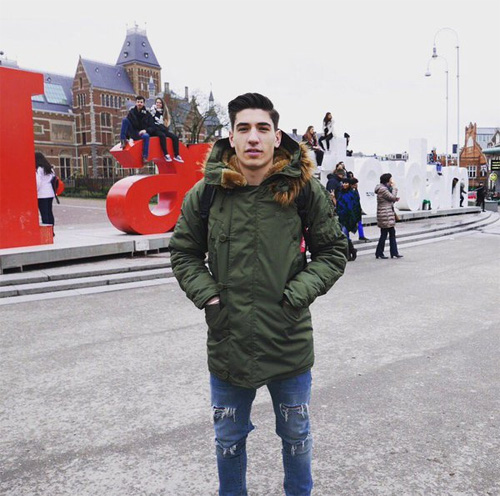 Hector Bellerin soaked up Amsterdam’s sights as the Arsenal defender relaxed ahead of Saturday’s FA Cup clash at The Emirates.

The Gunners full-back has been ever-present in Arsene Wenger’s line-up over the festive period as Arsenal hoisted themselves to the top of the Premier League table.

However, the Gunners manager appears to given the left-back his permission to enjoy a short break to the Dutch capital ahead of the visit of Sunderland in the third round of the FA Cup on Saturday afternoon.

And Bellerin looked to be enjoying his mini break in Amsterdam before getting back down to business against the Black Cats as Arsenal look to defend their FA Cup crown for a third successive season.

Bellerin has already made 22 appearances in all competitions for the north London side so far this season.

Arsenal were 1-0 winners against Newcastle United in the Premier League at the Emirates Stadium on Saturday to extend their lead to two points at the top of the table.