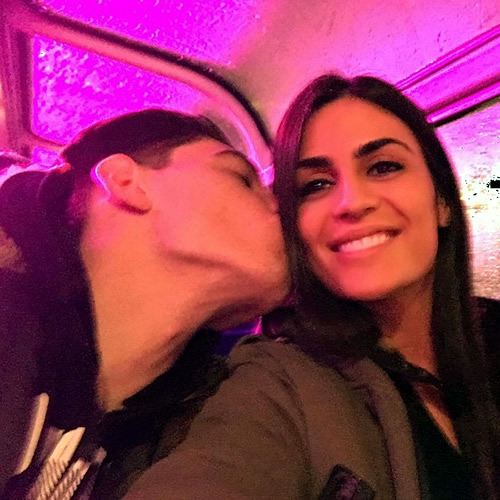 Hector Bellerin enjoyed some well-earned downtime with his girlfriend this week after he and his Arsenal team-mates were given a brief breather after a hectic festive period.

The Spanish full-back has been a regular fixture in the Arsenal first-team this season and helped Arsene Wenger’s men kick off 2016 with a 1-0 victory over Newcastle at Emirates Stadium on Saturday.

Bellerin jetted off to Amsterdam this week with his girlfriend Berta Requeno as he made the most of some free days in the build-up to Arsenal’s FA Cup clash with Sunderland at The Emirates this weekend.

And the couple looked to be enjoying themselves in the Dutch capital as they enjoyed some downtime together.

Bellerin has made 18 Premier League appearances for the north London side so far this season, notching up one assist in the top flight. He has also featured four times in the Champions League.