The Manchester United manager was caught on camera appearing to refer to a journalist as a “fat man” following their 3-3 draw with Newcastle United at St James’s Park.

Van Gaal’s outburst has received a mixed reaction on social media, although the former Liverpool defender saw the funny side of the United manager’s comment. 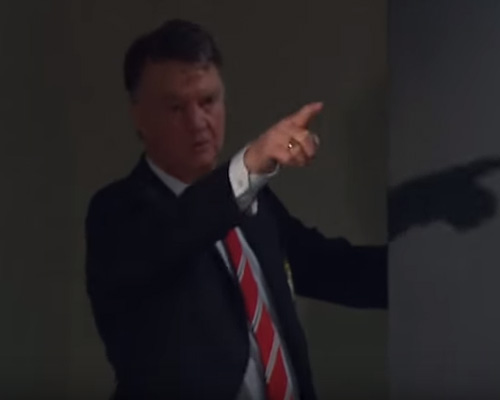 Liverpool boss Klopp is also prone to an interesting media interview or two, which in Carragher’s eyes, should make for an interesting off-the-pitch battle at Anfield on Sunday afternoon.

Joe Allen came off the bench to score a late equaliser for Liverpool in a 3-3 draw with Premier League leaders Arsenal at Anfield on Wednesday night.

The Red Devils were denied three points at St James’s Park on Tuesday night after Paul Dummett’s late equaliser for the Magpies.