Photo: John Terry all smiles in dressing room ahead of Arsenal v Chelsea

John Terry seems to be upbeat ahead of Chelsea's trip to Arsenal... 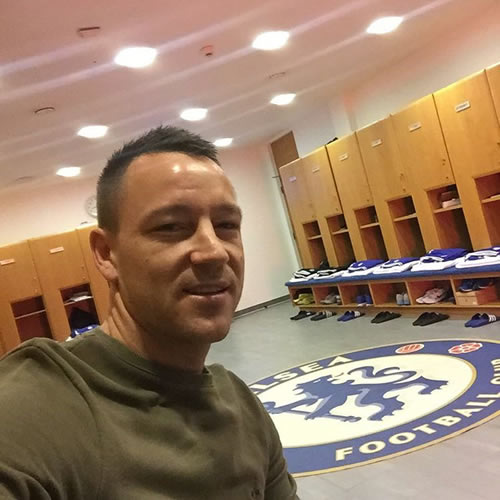 John Terry looked to be in good spirits as he and his Chelsea team-mate complete their final preparations for Sunday’s crunch Premier League clash at Arsenal.

The Blues head to The Emirates looking to return to winning ways after they were held to a 3-3 draw by Everton at Stamford Bridge last weekend.

Terry scored his side’s equaliser deep into stoppage time to salvage a point for the Blues against the Toffees.

And the Chelsea captain seemed to be in an upbeat mood on Friday morning as he snapped a selfie in the dressing room as he and his team-mates prepared for their training session at Cobham.

Terry shared the picture above on his personal Instagram account and wrote: “Morning selfie in the changing room @chelseafc”

Arsenal head into Sunday’s game top of the Premier League table on goal difference as they look to win their first top-flight title since the 2003-04 season.

The Gunners were held to a goalless draw at Stoke City last weekend.