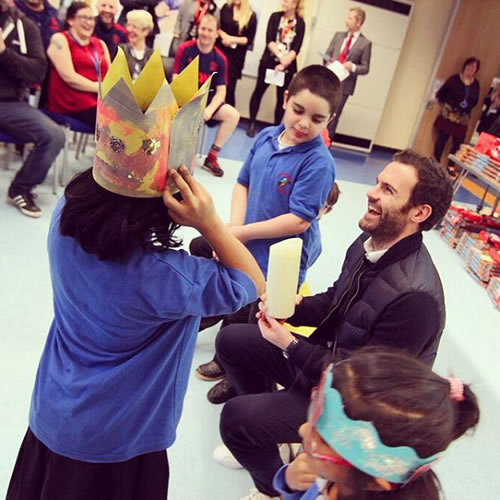 Juan Mata was all smiles as he paid a visit to a local school ahead of Manchester United’s FA Cup clash with Sheffield United this weekend.

Louis van Gaal’s men have been gearing up for their cup encounter after having made a winning start to 2016 by beating Swansea City 2-1 at Old Trafford on Saturday.

Mata has been a regular fixture in the Red Devils first team this season, having scored four goals and made three assists in 20 Premier League games for United.

And the Spanish playmaker looked to be in good spirits as he delivered some gifts to some local children this week.

The Red Devils were dumped out of the Champions League at the group stage in December and also dropped out of the Premier League’s top four.