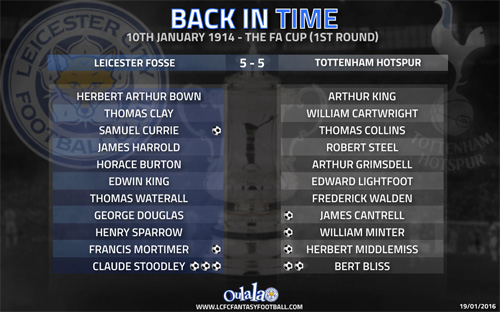 Will Leicester and Tottenham throw up another classic? Photo: www.oulala.com

The game will be the 106th time that the two sides have met, but where did it all begin? Fantasy football game www.oulala.com’s have taken a look back in time.

The first match ever played between Leicester and Spurs was way back on 10 January 1914, 102 years ago. The Foxes were then named ‘Leicester Fosse’. The match coincidentally also came in the FA Cup. However, this time it was in the competition’s first round.

The replay five days later saw Spurs come out 2-0 winners to progress to the 2nd round.

Could we see a ten-goal thriller tonight? A Riyad Mahrez hat-trick? … Stranger things have happened.