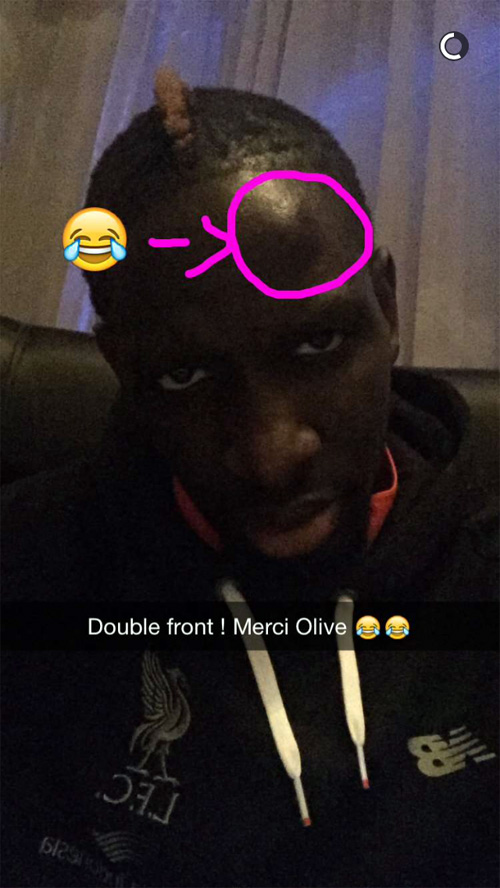 The France centre-half recovered from a troublesome knee injury to start the stalemate for the Reds and came up against his compatriot, Giroud.

The Gunners star came out on top, though, after the 29-year-old scored either side of half-time before Joe Allen’s late equaliser for the Reds.

And to compound a poor defensive performance from the 18-time English champions, Sakho got a nasty bump on his head after a collision with Giroud.

Sakho posted the above selfie on Snapchat and wrote the following caption: “Double front! Thanks Olive!”

Roberto Firmino scored two goals to put Liverpool into the lead twice in the first half before Aaron Ramsey and Giroud levelled for the visitors to leave the match all square at the interval.

The France striker appeared to have scored a 55th-minute winner but Jurgen Klopp brought on Joe Allen as a late substitute and the Welsh midfielder fired a 90th-minute winner past Petr Cech.