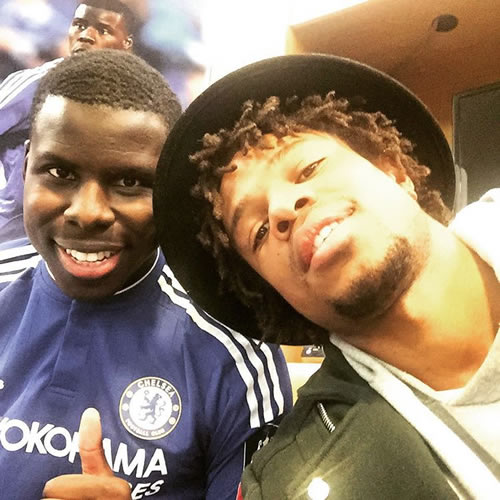 Loic Remy and Kurt Zouma looked to be in good spirits as the Chelsea pair celebrated helping the Blues reach the fourth round of the FA Cup.

Remy is currently out injured but cheered his team-mates on in west London as Zouma played the full 90 minutes in the 2-0 win over Scunthorpe United at Stamford Bridge.

Goals from Diego Costa and Ruben Loftus-Cheek either side of half-time wrapped up a comfortable win for the home side as they continued their mini-resurgence under newly appointed interim boss Guus Hiddink.

And Remy looked to be in good spirits despite his spell on the sidelines, as he snapped the picture above and uploaded it onto social media.

Remy shared the photo on his personal Instagram account and wrote: “Good win today. Well done to all the team and special mention to @rubey_lcheek for his first goal in professional.”

Chelsea made a winning start to 2016 when they beat Crystal Palace 3-0 at Selhurst park at the turn of the year.

The Blues are currently 14th in the Premier League table.