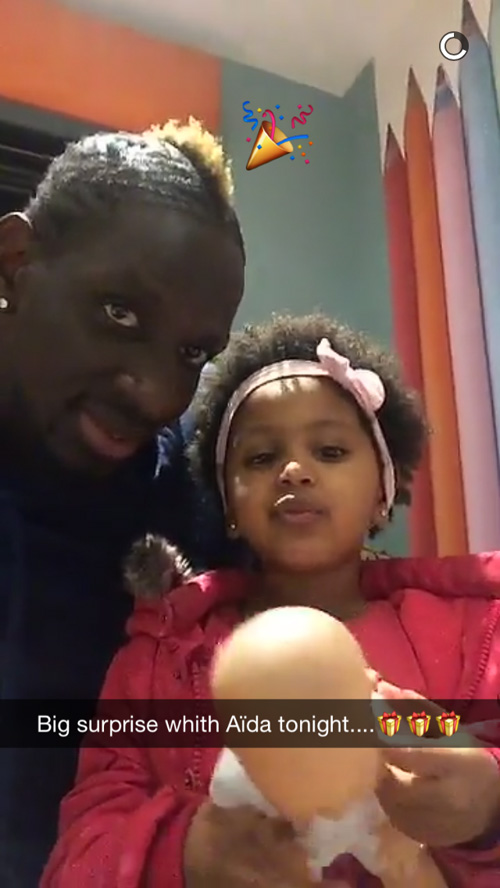 Mamadou Sakho recruited his daughter to plan a surprise for his wife ahead of Liverpool’s trip to Exeter in the FA Cup on Friday night.

The Reds centre-half didn’t feature in the Merseyside outfit’s 1-0 victory over Stoke City in the first leg of their League Cup semi-final at the Britannia Stadium on Tuesday night.

However, Sakho was making the most of his free time following his injury as the former Paris Saint-Germain defender joined social media app Snapchat on Wednesday afternoon.

Keen to give Liverpool supporters a glimpse into his lifestyle, Sakho kept his new Snapchat followers regularly updated on his antics.

And the 25-year-old centre-half was joined by his daughter Aida as he looked to surprise his wife Mazda at a British airport last night.