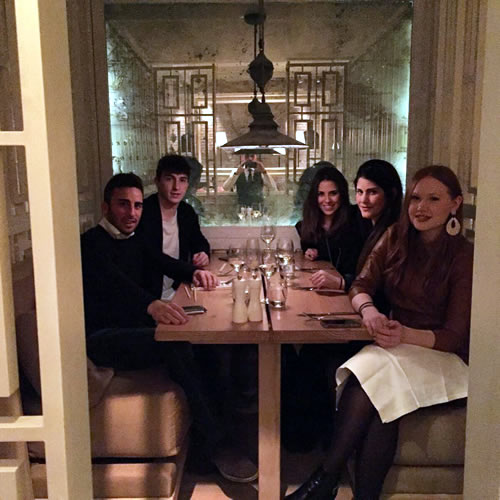 Matteo Darmian looked to be in good spirits as he went out to dinner with his girlfriend and some friends as he and his Manchester United team-mates prepare for their FA Cup clash against Sheffield United this weekend.

Darmian has been a regular fixture in the United first team since arriving at Old Trafford in a summer transfer deal from Italian side Torino.

The Italian defender played 45 minutes as the Red Devils finally returned to winning ways thanks to a 2-1 victory over Swansea City at Old Trafford in the Premier League on Saturday.

And the 26-year-old, who has made 15 Premier League appearances so far this season, looks to be settling in well to life in Manchester, as he enjoyed dinner with his girlfriend Francesca Cormanni and some pals on Tuesday evening.

Darmian shared the picture above on his personal Instagram account and wrote: “Last dinner with friends! @francesca_ele_cormanni @robertacerizza @iamginger29 @lucamcv”

Darmian will be hoping to feature when United return to action with an FA Cup third-round clash against Sheffield United at Old Trafford on Saturday afternoon.