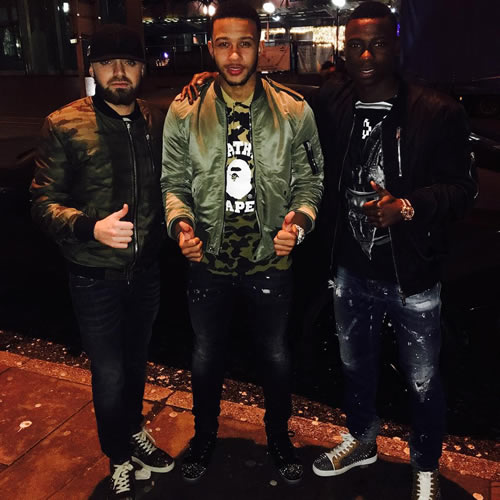 Memphis Depay has taken to social media to send a birthday message to two of his friends as his testing start to life at Manchester United continues.

The Netherlands international was an unused substitute as Louis van Gaal’s men finally returned to winning ways with a 2-1 victory over Swansea City at Old Trafford in the Premier League on Saturday afternoon.

Depay has failed to produce consistent performances since his big-money transfer to Old Trafford from PSV Eindhoven last summer.

However, the 21-year-old looks to be keeping himself in good spirits nevertheless, as he posted the picture above on his personal Instagram account of himself with two pals and wrote: “Happy bday to my brothers!!”

Saturday’s win lifted United up to fifth place in the Premier League table.

Depay, who has scored three goals in all competitions for United so far this season, will be hoping to feature when the Red Devils host Sheffield United in the FA Cup third round on Saturday evening.