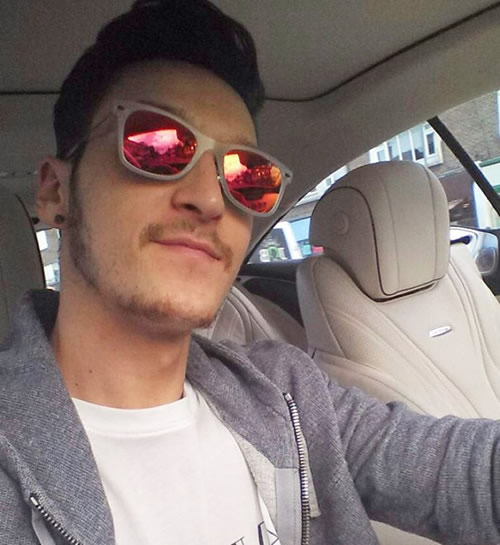 Mesut Ozil has taken to social media to reveal his delight at seeing most of Arsenal’s first-team stars close in on returns to action.

Arsene Wenger confirmed on Thursday that Francis Coquelin is back available for selection once again after being out of action since November due to a knee injury.

The Arsenal boss also revealed that midfielder Tomas Rosicky is back ahead of Saturday’s FA Cup clash with Burnley at Emirates Stadium.

And Germany playmaker Ozil looked to be in a good mood as he headed back home from Arsenal training on Thursday afternoon.

Ozil posted the picture above on his personal Instagram account and wrote: “Driving home from today’s training session… Happy that almost the whole squad is fit again #AFC #Arsenal #ozil”

Ozil and his Arsenal team-mates failed to click into gear as they slumped to a disappointing 1-0 loss to Chelsea at Emirates Stadium Sunday afternoon to leave them in third place in the Premier League table and three points behind current leaders Leicester City.