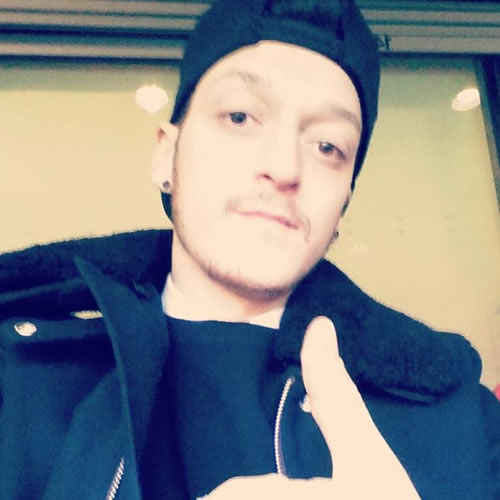 Mesut Ozil insisted that all that mattered was the result after Arsenal booked their place in the fifth round of the FA Cup with a 2-1 win over Burnley on Saturday.

The Germany international was rested by Arsene Wenger and watched from the stands as the holders continued their defence of the trophy they have won for the last two seasons.

Arsenal took the lead in the 19th minute at Emirates Stadium when Calum Chambers curled home with the outside of his foot.

However, it was 1-1 at half-time after Sam Vokes headed in Tendayi Darikwa’s cross in the 30th minute.

Alexis Sanchez, starting his first game of the new year, handed the Gunners victory when he finished coolly in the 53rd minute.

Ozil, who has struggled with a minor foot injury in recent weeks, watched Arsenal secure the win and then posted the picture above on his personal Instagram account after the final whistle.

The 27-year-old wrote: “Made it to the next round, duty fulfilled! That’s all that counted today… #FACup #AFCvBFC #COYG @arsenal”

Arsenal take on Southampton in the Premier League on Tuesday.