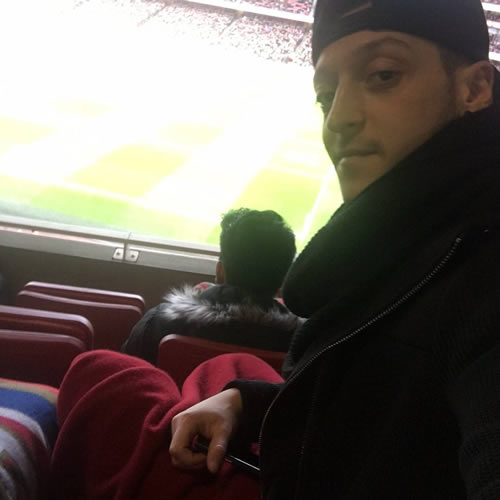 Mesut Ozil enjoyed the view from the stands as Arsenal took on Sunderland in the third round of the FA Cup on Saturday afternoon.

The Germany playmaker was rested by Arsene Wenger with next week’s Premier League trip to Liverpool in mind, but the 27-year-old looked to be in good spirits nonetheless as he cheered his team-mates on from the stands.

Ozil made sure that he kept the London winter as far away from himself as possible by using a blanket to keep his legs warm at the Gunners’ home ground.

The World Cup winner posted the picture above on his personal Instagram account and wrote: “Come on you Gunners!!! #Emirates #AFC #coyg #facup”

Ozil has been one of the Premier League’s standout performers this season, having notched up 16 assists and scored three goals to help the north London side build a two-point lead at the top of the table.

The Gunners are aiming to win the Premier League for the first time since the 2003-04 campaign.