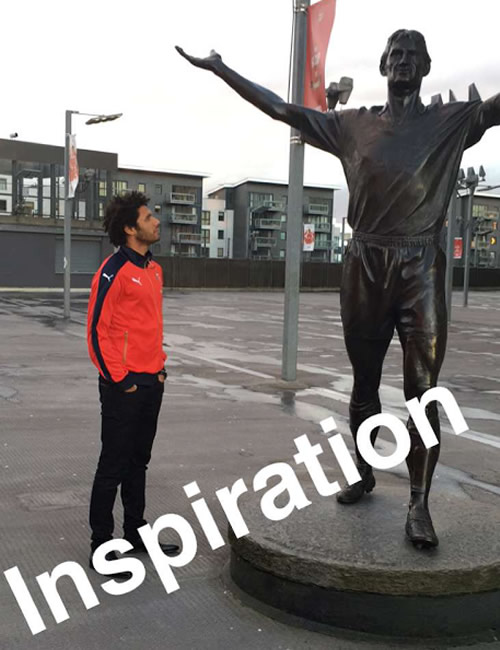 Mohamed Elneny looked to be enjoying himself as he was shown around Emirates Stadium on Thursday following the completion of his transfer to Arsenal from FC Basel.

The Egypt international finally completed his much-anticipated move to the north London club on Thursday morning after the deal was held up by work permit issues. 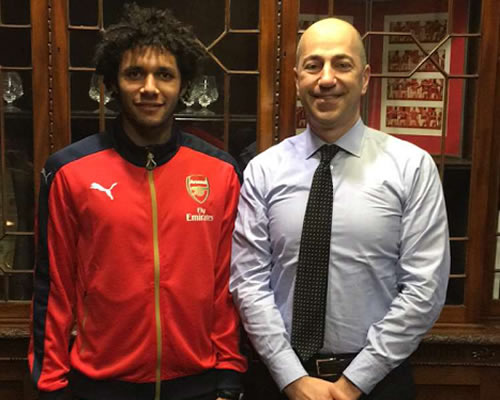 Arsene Wenger said on Wednesday that the Gunners were hopeful that Elneny would be eligible to be involved when Arsenal travel to Stoke City in the Premier League on Sunday afternoon. 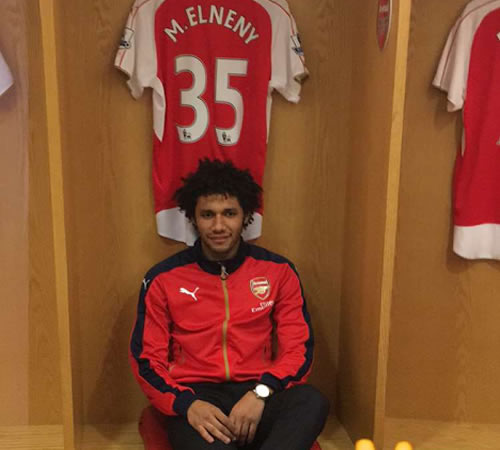 Mohamed Elneny was shown around The Emirates on Thursday Photo: OfficialAFC / Snapchat

Elneny, 23, was given a guided tour around Emirates Stadium on Thursday afternoon, as he met the clubs’ chief executive Ivan Gazidis.

Arsenal kept fans up to date with his tour via a series of updates on the club’s official Snapchat page as Elneny familiarised himself with his new surroundings. 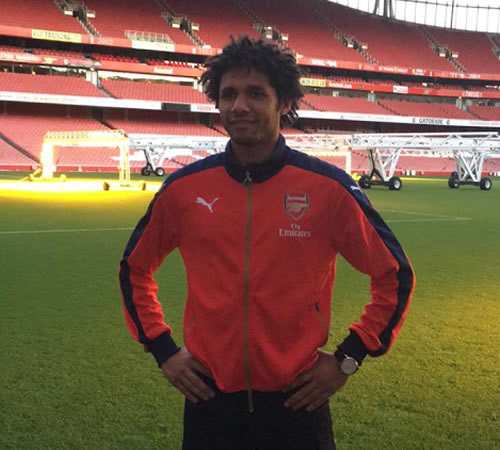 The 23-year-old has been brought in primarily as cover for the injured Francis Coquelin, who is currently sidelined with a knee problem.

Photo: Ander Herrera all smiles with his friends ahead of Liverpool v Man United