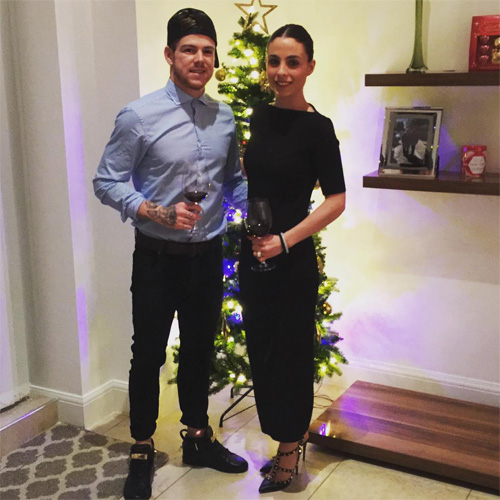 Alberto Moreno could do with working on his dress sense after the Liverpool defender donned a bizarre outfit for New Year’s Eve.

The Spain international has been in excellent form for the Merseyside outfit in recent weeks after establishing himself as Jurgen Klopp’s first-choice left-back.

Moreno helped the Reds ease to a 1-0 victory over 20th-placed Sunderland at the Stadium of Light on Wednesday night after Christian Benteke’s second-half winner.

The former Sevilla defender posted the above snap with his girlfriend as Moreno rocked the boyband look on New Year’s Eve.

Moreno wrote on his Instagram page: “HAPPY NEW YEAR FOR EVERYONE 🙏😃!!”

The Liverpool left-back has made one assist in 14 Premier League appearances so far this season.

The Spanish defender was initially out-of-favour under Brendan Rodgers at the start of the season before he managed to tie down the left-back spot.

The Reds are in seventh place and nine points behind Premier League leaders Arsenal ahead of their trip to West Ham United in Saturday’s early kick-off.