Photo: Ander Herrera all smiles with his friends ahead of Liverpool v Man United

Will Ander Herrera still be smiling after 90 minutes at Anfield on Sunday afternoon? 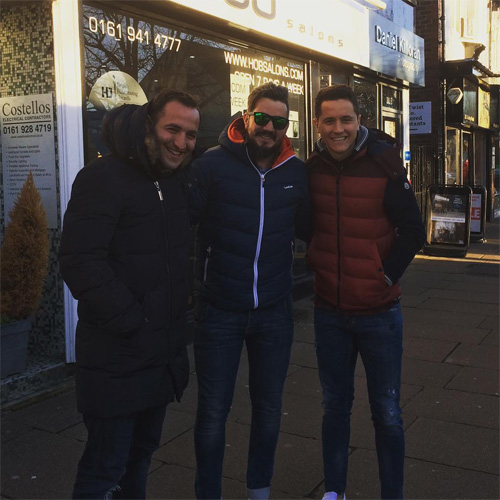 Ander Herrera was all smiles as he relaxed with some of his pals in Manchester ahead of Sunday’s trip to Liverpool.

The Spanish midfielder was unable to inspire the Red Devils to victory on Wednesday night as Louis van Gaal’s side were held to a 3-3 draw with Newcastle United at St James’s Park.

Manchester United are in sixth place and three points ahead of their bitter rivals Liverpool in the race for the final Champions League spot.

And Herrera didn’t appear too worried about their imminent trip to Anfield in the Premier League as he caught up with some pals in Hale, Greater Manchester on Thursday afternoon.

Herrera posted the above snap and wrote on his Instagram page: “Cold guests ❄️ see u soon! 👋🏽#Hale”

The 25-year-old playmaker played a key role in United’s 2-1 victory over 10-man Liverpool at Anfield last season after Juan Mata scored either side of half-time.

Liverpool have lost their last four games against United in all competitions.