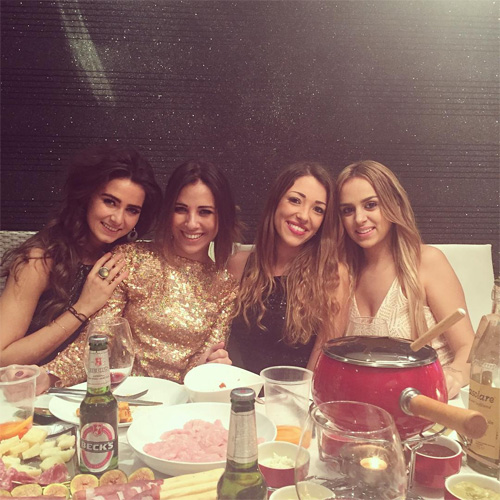 Anthony Martial’s wife was all smiles with the Manchester United WAGs as some of the Red Devils squad celebrated New Year’s Eve.

The France international and his partner have been adjusting to life in England over the past few months after Martial moved to United in a £36m deal from Ligue 1 side Monaco in the summer transfer window.

Martial was unable to find the back of the net on Monday night as the 20-time English champions played out a goalless draw with Premier League holders Chelsea at Old Trafford.

The 20-year-old and his wife appear to have become firm friends with fellow summer signing Schneiderlin, and the French duo joined Blind and Darmian to see in the new year.

The Red Devils are in sixth place and nine points behind leaders Arsenal.