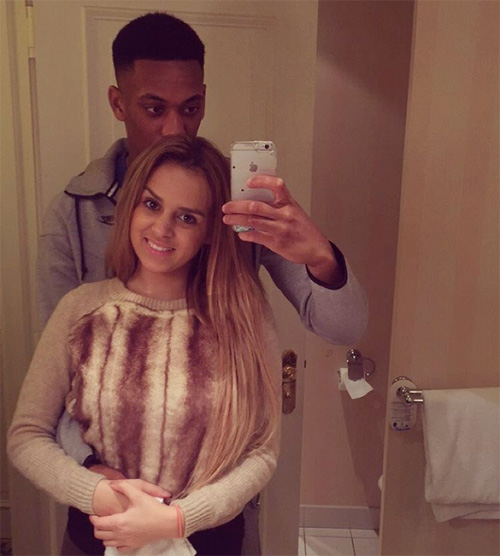 Anthony Martial spent some quality time with his wife as the Manchester United striker snapped a Sunday selfie.

The France international was unable to help the Red Devils avoid a 1-0 loss to Southampton at Old Trafford in the Premier League on Saturday.

Martial has been one of the plus points in an otherwise disappointing 2015/16 campaign for Louis van Gaal’s side in the Premier League.

The 20-year-old striker looked to take his mind off the surprise defeat as he joined his wife for a romantic selfie.

The French forward has scored five goals in 18 Premier League games so far this season for the 20-time English champions.

Martial has also netted three goals in the Champions League and the League Cup before United’s premature exits.

The United star moved to Old Trafford in a £16m deal from Ligue 1 side Monaco in the summer transfer window.