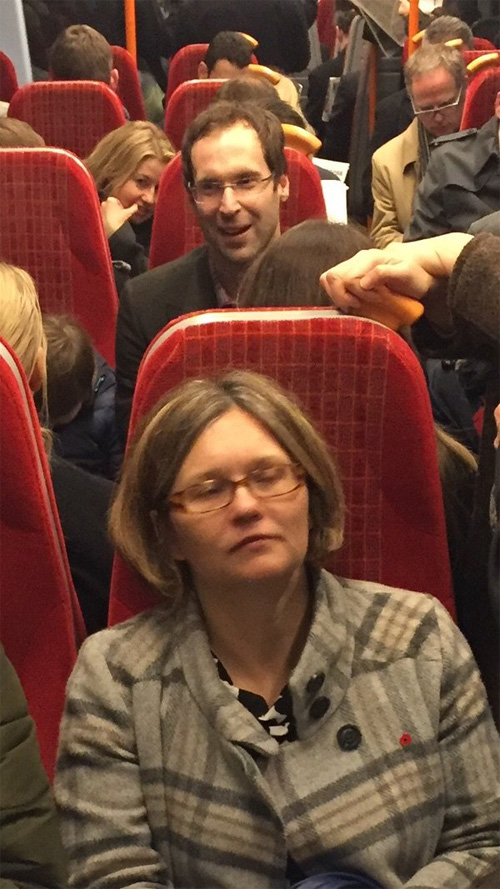 Petr Cech really is a man of the people.

Few Premier League footballers could have made the move between London rivals as gracefully as Cech after the goalkeeper joined Arsenal in a £10m deal from Chelsea.

The 33-year-old shot stopper set a new Premier League record for the most clean-sheets after his 170th shutout against Bournemouth at The Emirates last month.

Cech has already proven that he is one of the Premier League’s more grounded individuals after the Czech Republic international met supporters following a 2-1 loss at West Brom earlier this season.

The Arsenal summer signing, who regularly posts YouTube videos of his drumming sessions, was spotted on a train packed with commuters on Monday.

The Gunners shot stopper had to be at his best to deny Newcastle United on Saturday as Arsene Wenger’s side edged to an unconvincing 1-0 victory over the Magpies.

Arsenal are two points clear at the top of the Premier League table.