Photo: Bastian Schweinsteiger cheers Man United on from the stands

Bastian Schweinsteiger was a Manchester United fan on Saturday... 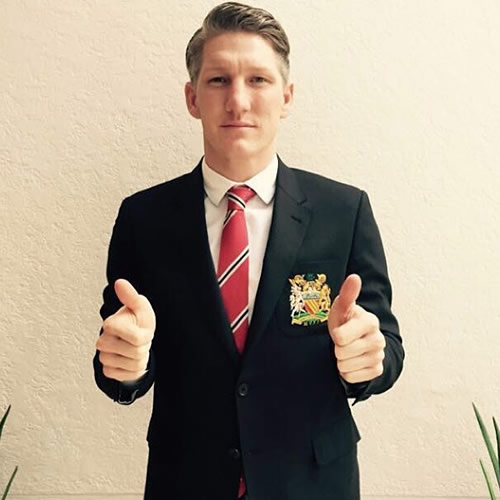 Bastian Schweinsteiger has taken to social media to issue a rallying cry ahead of Manchester United’s Premier League clash with Southampton on Saturday afternoon.

The Germany midfielder is currently sidelined due to injury but was suited and booted as he prepared to cheer his team-mates on against the Saints on Saturday afternoon.

Schweinsteiger will be hoping to make his return to action as soon as possible after he suffered an injury during the FA Cup win over Sheffield United earlier this month.

However, he looked like he was enjoying being on fan duty on Saturday as he prepared for the game against the south coast club.

Schweinsteiger posted the picture above on his personal Instagram account and wrote: “Gutted to miss the game, but I am cheering for @manchesterunited! #mufc”

United headed into Saturday’s game in fifth place in the Premier League table and two points behind Tottenham in fourth.

The Red Devils finished fourth in Louis van Gaal’s first season in charge but were dumped out of the Champions League last month.