Photo: Calum Chambers chills with his friends ahead of Liverpool v Arsenal 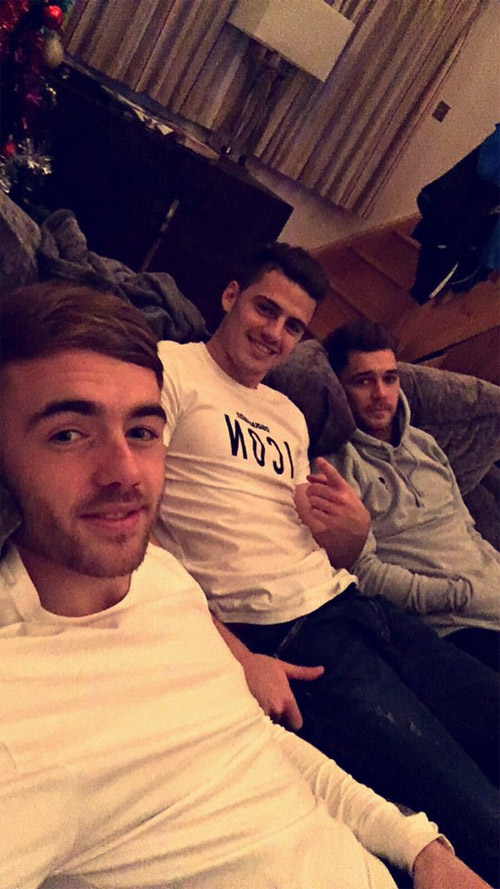 Calum Chambers relaxed with his friends after the makeshift midfielder played his part in Arsenal’s 3-1 victory over Sunderland in the FA Cup third round.

Arsene Wenger started the England defender in defensive-midfield role and Chambers impressed before he was replaced by Mikel Arteta in the 67th minute at the Emirates Stadium.

Chambers has found his first-team opportunities limited so far this season, but Arsenal’s ongoing injury crisis has provided the youngster with a chance to stake a claim in Wenger’s starting line-up.

The 21-year-old posted the above selfie with his pals as the England international put his feet up ahead of Arsenal’s trip to Liverpool in the Premier League on Wednesday night.

Chambers has only started two games in the Premier League so far this season, although he has made a further seven appearances from the bench.

Arsenal are two points clear of second-placed Leicester City at the top of the Premier League table ahead of their top-flight game at Anfield.