Photo: Cesc Fabregas all smiles ahead of Arsenal v Chelsea 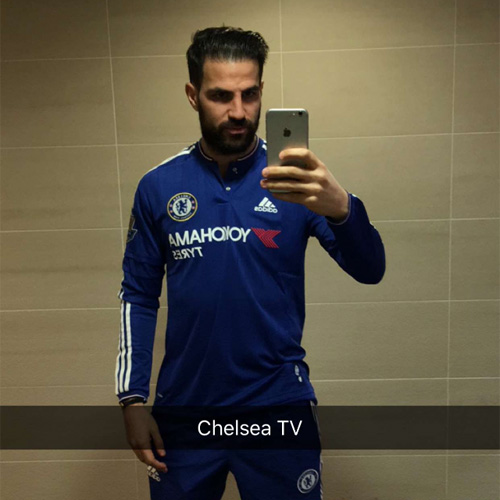 Some Arsenal supporters still won’t be accustomed to the sight of Cesc Fabregas in a Chelsea kit.

The Spain international returns to his former employers on Sunday as the defending Premier League champions look to maintain their hold over their north London rivals.

Arsenal haven’t beaten Chelsea in the Premier League since a 5-3 victory at Stamford Bridge in 2011 during Andre Villas-Boas’s spell in charge of the Blues.

Fabregas spent eight years at Arsenal and he captained Arsene Wenger’s side for a spell before he joined boyhood club Barcelona in a £35m deal in 2011.

The Spanish midfielder returned to the Premier League in 2014 but joined Chelsea in a £27m deal before he won the English title for the first time in May 2015.

And Fabregas highlighted his loyalty to Chelsea on Friday afternoon as he posed for a selfie ahead of some media obligations.
Fabregas captioned his photo: “Chelsea TV”

The 28-year-old also posted a snap from his car as Fabregas soaked up London’s rays.

He wrote: “Sunny day in London” 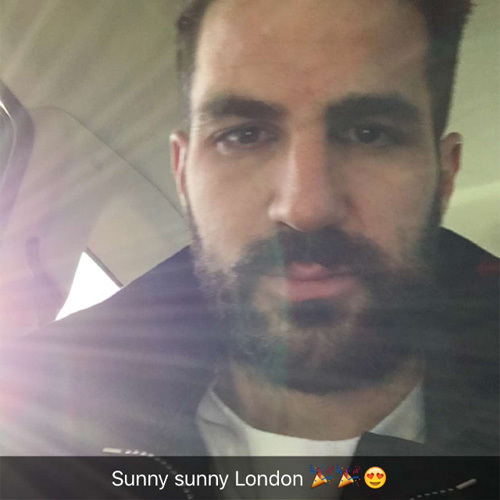