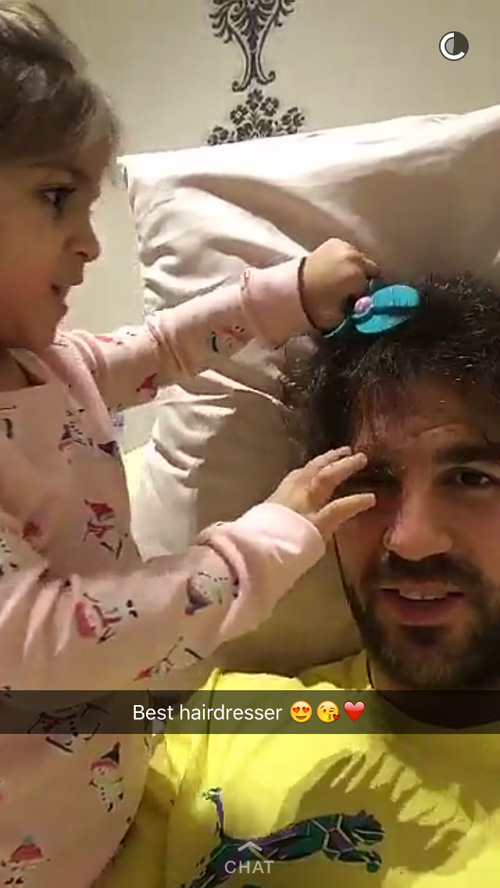 Cesc Fabregas allowed his daughter to give him a fresh trim ahead of Chelsea’s trip to Crystal Palace on Saturday afternoon.

The Spain international relaxed with his daughter on New Year’s Eve as Fabregas put his feet up ahead of the west London side’s upcoming Premier League clash.

The Blues midfielder has been restored to the west London side’s starting line-up in recent weeks after falling out-of-favour under axed Chelsea manager Jose Mourinho.

The Portuguese’s replacement Guus Hiddink has masterminded a three-game unbeaten run after a victory over Sunderland and back-to-back draws with Watford and Manchester United.

Fabregas posted a series of Snapchat videos on New Year’s Eve before the midfielder headed out with his wife Daniella for a special event to celebrate 2016.

The Spanish playmaker has made two assists in 18 Premier League games for the defending champions so far this season.

The World Cup winner moved to the west London side in a £27m deal from Barcelona in July 2014.