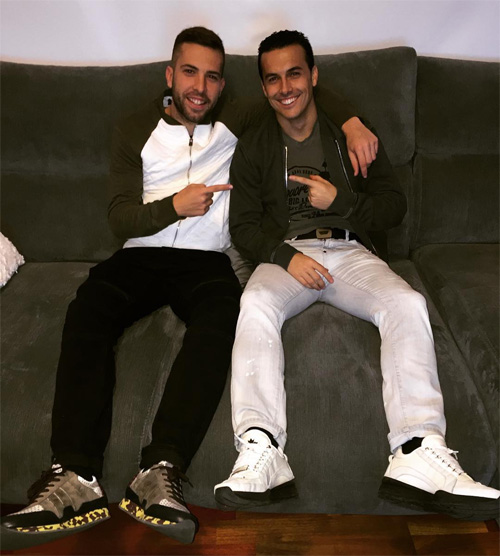 The Spain international has found his first-team opportunities limited since his £23m move to the defending Premier League champions from Barcelona in the summer transfer window.

The 28-year-old forward is being linked with a potential loan move to Valencia or Villarreal after a disappointing start to his Chelsea career.

Pedro swapped stories with his former Barcelona pal Alba on Monday night ahead of potential move away from Stamford Bridge.

Pedro posted the picture above on his Instagram account and wrote: “With my great brother the best. You go out and you already know I miss you. #crack”

The 28-year-old winger has scored two goals and has made two assists in 18 Premier League games for the west London side.

Pedro, who won the treble with Barcelona last season, has only started 15 of Chelsea’s 24 top-flight games.