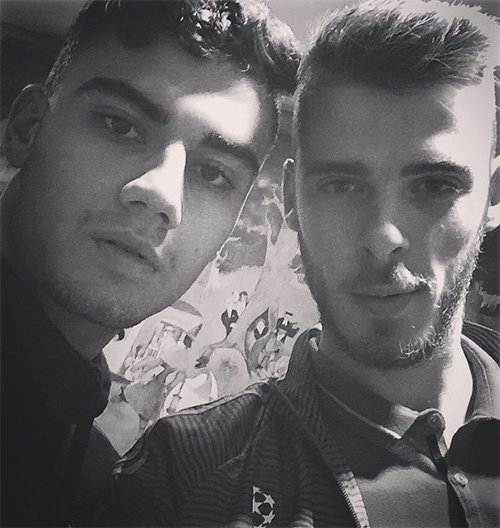 David De Gea sent a birthday message to Manchester United starlet Andreas Pereira ahead of their clash against Swansea City on Saturday afternoon.

Pereira has found his first-team opportunities limited this season after manager Louis van Gaal called upon the South American youngster from the bench on three occasions in the Premier League.

United goalkeeper De Gea posted a selfie with Pereira on his Instagram page and wrote a message for the Brazilian youngster after the midfielder turned 20 on Saturday morning:

United have failed to win in the Premier League since a 2-1 victory over Watford at Vicarage Road on 21 November.

The Red Devils are winless in their last eight games in all competitions after last Monday’s stalemate with Chelsea.

Van Gaal’s side host struggling Welsh side Swansea City in the Premier League at Old Trafford on Saturday.