Photo: Dele Alli all smiles with Tottenham players in Barcelona 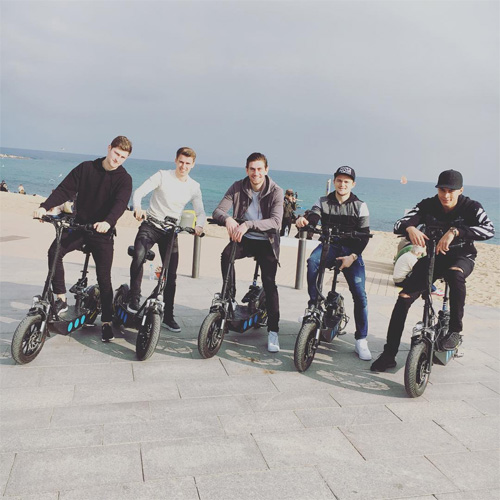 Dele Alli was all smiles with his Tottenham Hotspur team-mates in Barcelona as the Spurs squad soaked up some of Sunday’s sun.

The north London side were 3-1 winners at Crystal Palace on Saturday evening after goals from Harry Kane, Alli and Nacer Chadli.

Alli, in particular, was the big talking point after the 19-year-old England midfielder scored a brilliant volley at Selhurst Park.

And deservedly, the former MK Dons midfielder enjoyed some down time with Luke McGee, Kieran Trippier, Ben Davies and Tom Carroll in the Catalan city.

McGee posted the above photo on his Instagram page and wrote: “Little ride in Barcelona 🙌😂🔥”

The newly-fledged England international has scored six goals and has made three assists in 20 Premier League games for the north London side so far this season.

Alli moved to Tottenham in a £5m deal from Championship side MK Dons in the summer transfer window after he was previously linked with Liverpool.