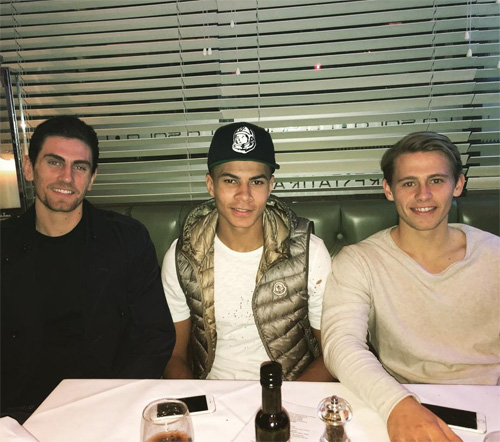 Dele Alli may be one of the Premier League’s hottest players at the moment, but the Tottenham Hotspur hasn’t forgotten his old friends on the way to the top.

The newly-fledged England international put pen to paper on a new five-and-a-half year deal with the north London club earlier this week after a brilliant start to his career at White Hart Lane.

Alli has already scored five goals and has made a respectable three assists in 19 Premier League games so far this season following his summer move from Championship side MK Dons.

The 19-year-old joined his old Dons team-mate Harry Hickford and Tottenham goalkeeper Luke McGee for dinner in Chigwell ahead of Saturday’s game against Sunderland at The Lane.

Alli was unable to inspire Mauricio Pochettino’s side to victory on Wednesday night as Leicester City were 1-0 winners in north London.