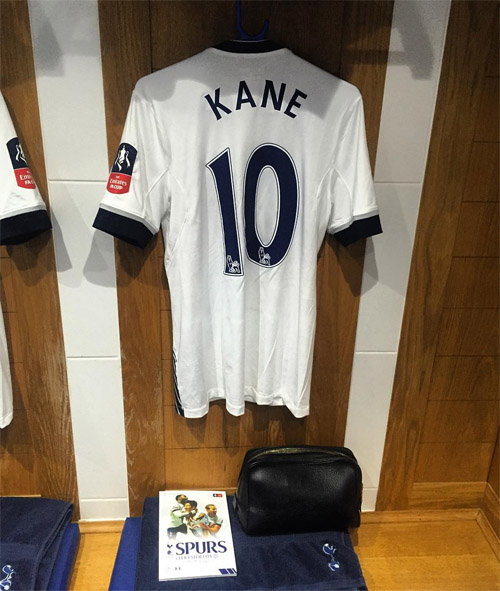 Harry Kane is already turning his thoughts to scoring 100 goals for Tottenham Hotspur after the striker’s milestone on Sunday.

The England international scored his 50th Lilywhites goal to salvage a 2-2 draw with high-flying Leicester City in the third round of the FA Cup at White Hart Lane.

Kane’s 89th-minute penalty came about in controversial circumstances after Nathan Dyer was somewhat harshly adjudged to have handled the ball in the penalty area.

However, the Tottenham striker was delighted to have hit his latest milestone for the north London club ahead of a repeat of Sunday’s fixture in the Premier League on Wednesday night.

Kane posted the above photo and wrote on his Instagram page: “Love the F.A Cup! Very proud to have scored my 50th goal for Tottenham! Now onto the next 50! #coys #facup”

The 22-year-old Spurs striker has scored 11 times in 20 Premier League games so far this season.