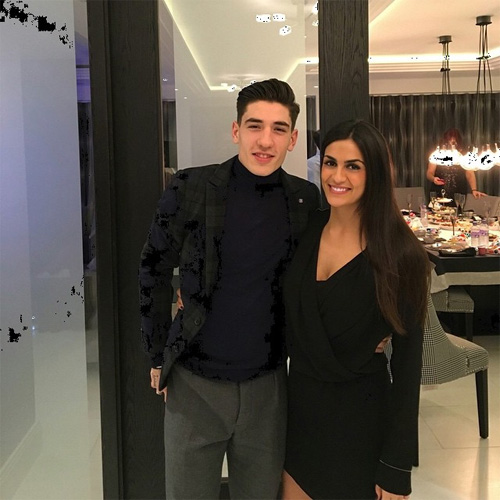 Hector Bellerin looked thrilled to move into his new home with his stunning girlfriend in time for New Year’s Eve.

The Spain Under-21 international has been in splendid form for the north London side so far this season after cementing his first-team spot in Arsene Wenger’s side.

Bellerin produced another solid performance as Arsenal eased to a 2-0 victory over Bournemouth at The Emirates on Monday night to secure top spot in the Premier League.

The 20-year-old Spanish full-back capped a special week with some New Year’s Eve celebrations with his girlfriend Berta in their new swanky home.

Bellerin’s partner wrote on her Instagram page: “We start the 2016 together in our new home @hectorbellerin”

The Spanish youngster has made one assist in 17 Premier League appearances for the Gunners so far this season.

The Arsenal defender will be expecting to line up for Wenger’s Gunners side in their clash against Newcastle United at the Emirates Stadium on Saturday afternoon.