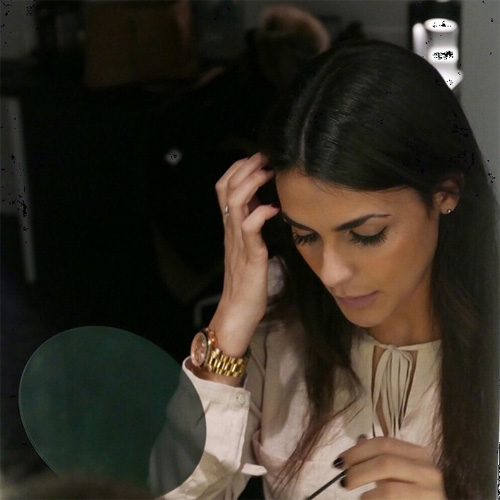 Hector Bellerin is quite the softie, really.

The Arsenal defender has firmly established himself as Arsene Wenger’s first-choice right-back over the course of the Premier League season thanks to a series of uncompromising performances.

Bellerin was given a thorough examination at Anfield on Wednesday night as he came up against Liverpool midfielder Roberto Firmino and England Under-21 international Jordon Ibe.

Arsenal emerged with a point after a dramatic 3-3 draw following hectic 90 minutes at Anfield.

But Bellerin was making the most of some downtime ahead of Arsenal’s trip to Stoke City on Sunday afternoon as his girlfriend Berta Reqeuno shared a tender moment between the pair on her Instagram page.

Underlining his affection for his girlfriend, Requeno posted the above photo taken by the Arsenal defender with the following caption:

Spain Under-21 international Bellerin has made one assist in 19 Premier League appearances for the Gunners so far this season.