Mikel Arteta is closing in on a comeback for Arsenal... 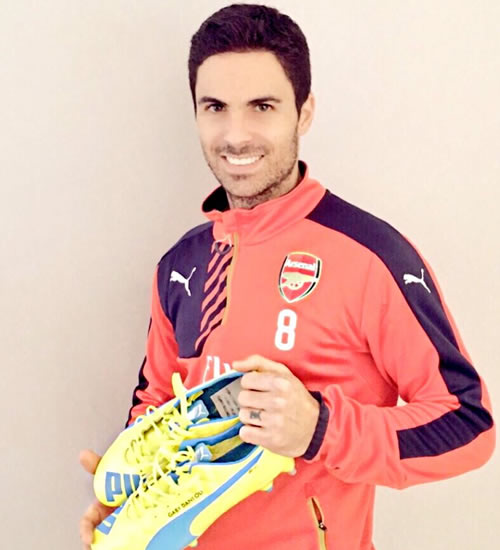 Mikel Arteta has taken to social media to reveal his excitement ahead of his return to action from injury for Arsenal.

The Spanish midfielder has been out of action since his day to forget during the 2-1 loss to West Bromwich Albion in the Premier League at the end of November.

Arteta replaced the injured Francis Coquelin early on in that game, only to score an own goal and suffer an injury of his own before being substituted after 35 minutes on the pitch.

However, the veteran midfielder, who was not in the squad for Arsenal’s 1-0 win over Newcastle on Saturday, is now closing in on a return to action.

And the 33-year-old used his personal Twitter account to reveal his delight as he edges closer to a return to full fitness.

Arteta posted the picture above on the social networking website on Sunday afternoon and wrote: “Can’t wait to be back playing in the new @pumafootball evoSPEEDS #choosespeed #foreverfaster.”

Arsenal’s win over Newcastle left them two points clear at the top of the Premier League table.