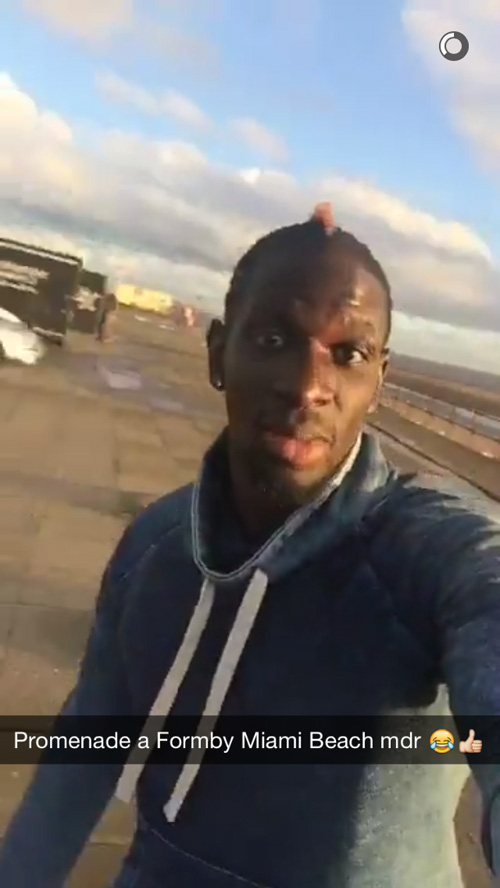 Mamadou Sakho enjoyed a walk along the beach despite a cold Friday afternoon after the defender completed a session at Liverpool’s training ground.

The France international is currently sidelined with a knee injury after he aggravated the problem following a 2-0 loss to West Ham United in the Premier League last weekend.

Sakho signed up to Snapchat on Tuesday as the 25-year-old’s Liverpool team-mates eased to a 1-0 victory over Stoke City in the first leg of their League Cup semi-final.

Earlier on Friday, the former Paris Saint-Germain defender took to the popular social media app to post a photo from the centre-half’s training session at Melwood.

And Sakho opted to go for a reinvigorating stroll along the beach in Fornby following the workout, although the PSG defender appeared to be pining for Miami’s sun.

Sakho only made a return to first-team action last month from a horror knee injury which the centre-half suffered after he landed awkwardly during a 2-1 loss to Crystal Palace at Anfield in November.