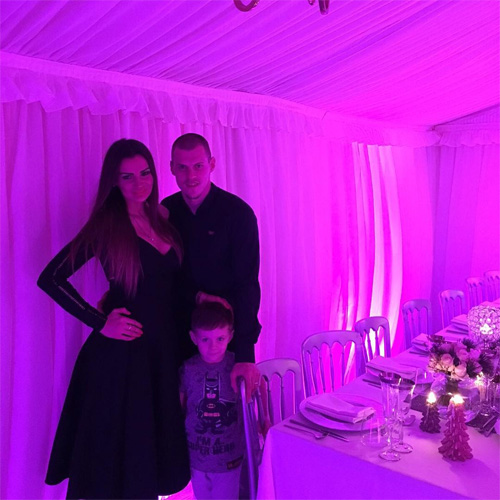 Martin Skrtel’s family helped to take the defender’s mind off his recent injury blow ahead of Liverpool’s clash against West Ham United on Saturday.

The Slovakia international injured his hamstring in the first half of Liverpool’s 3-0 loss to Watford at Vicarage Road in the Premier League earlier this month.

Skrtel, who moved to Liverpool from Zenit St Petersburg in January 2008, isn’t expected to return to first-team action for another month following his injury blow.

The Liverpool defender posed for a snap with his wife and son on New Year’s Day ahead of an impressive looking dinner.

Liverpool are in seventh place and nine points behind leaders Arsenal ahead of their trip to West Ham United at Upton Park on Saturday.

The Reds have won five of their 11 games under Jurgen Klopp since the 48-year-old took over the reins at Anfield from Brendan Rodgers.