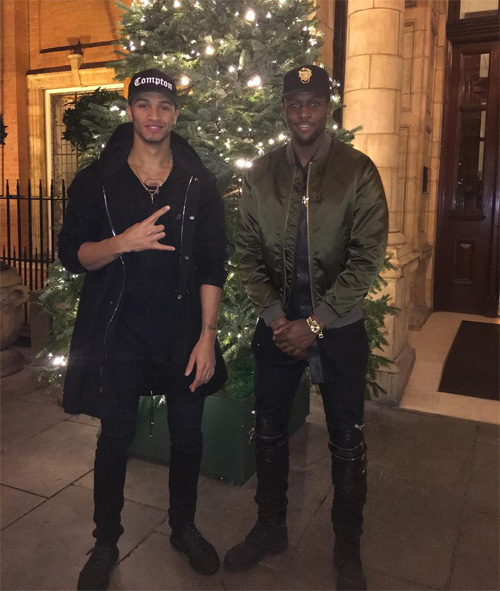 Divock Origi was all smiles with a friend on New Year’s Day ahead of Liverpool’s trip to West Ham United on Saturday afternoon.

The Belgium international was substituted in the 38th minute of the Boxing Day clash with a suspected hamstring problem and was replaced by compatriot Christian Benteke.

The £32.5m signing scored Liverpool’s winner in a 1-0 victory over Leicester City before the former Aston Villa forward netted a second-half strike in Wednesday night’s 1-0 win at Sunderland.

While Liverpool manager Jurgen Klopp has ruled Origi out of Saturday’s clash at Upton Park due to injury, the Belgium striker was all smiles with a friend on New Year’s Day.

The Reds are currently without Slovakia international Martin Skrtel due to a hamstring injury, whilst the Merseyside outfit are hoping to get Daniel Sturridge back on the pitch.

Liverpool are in seventh place and nine points behind leaders Leicester City.

Martin Keown: Why this player must start more games for Arsenal