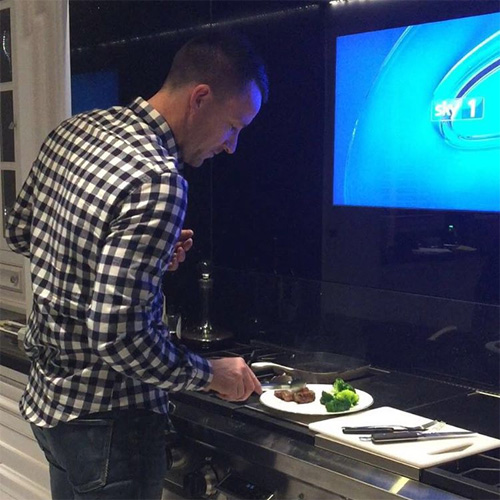 John Terry was keeping his body fuelled ahead of preparations for Sunday’s clash between Arsenal and Chelsea.

The Blues skipper was the defending Premier League champions’s hero last weekend after he scored a 98th-minute equaliser to rescue a point for Guus Hiddink’s side in a 3-3 draw with Everton at Stamford Bridge.

Terry has struggled to maintain his normal high standards throughout the Premier League campaign after the Blues made a woeful start to the defence of their Premier League crown under axed manager Jose Mourinho.

However, the Chelsea captain appears to be sticking to a strict diet ahead of Sunday’s huge Premier League clash between Arsenal and Chelsea at the Emirates Stadium.

Terry wrote: “Love a bit of cooking Steak and Broccoli for me tonight 🍴”Q

Terry, 34, has scored one goal in 17 Premier League games so far this season.

Chelsea are in 14th place in the Premier League table and 18 points behind leaders Arsenal.